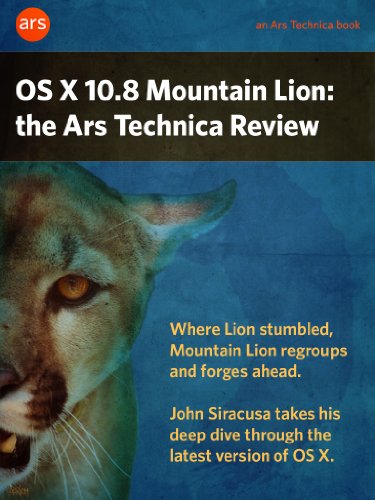 
Do I even understand this correctly? If you have multiple monitors, and an application goes full screen, the other two monitors go grey? I am still on SL on my mac pro, so I have yet to see this I just don't use full screen mode. I've got 4 monitors. I assume that's what others do. Though there are some niceties to the dedicated mode, I figure that it's mostly important for my laptop where I do use it, along with Spaces. If you go full screen, the app in full screen mode gets to use all your monitors. It gains control over every last pixel available to you.

It could if it wanted to. For some reason they stick to it. Fullscreen apps suck anyway and there is no reason whatsoever to use them on a big screen, much less when you have more than one screen available to you. They might make sense on the 11" Air but certainly on no other computer or screen Apple sells. Just use apps like you always did before Apple introduced their stupid fullscreen mode and they will work fine.

I have the sneaking suspicion that only maximize-crazy Windows converts run into this problem. Apple only implemented fullscreen mode the really stupid way to make that abundantly clear to everyone. How does DVD Player going full screen "not make sense"? Don't you want movies full screen? And if you have other monitors, you want them to be useless while, say, Quicktime is full-screened?

I have triple 30s on one side of the room, and a 60" on the other side of the room. With snow leopard and presumably, any other OS I can watch a DVD or other video output full-screen while other output continues to display on the three other screens. Also, what about full-screening a guest OS in vmware on one monitor, while you do other productive work in your other physical monitors? That must be a very common use case, right? As in, all day every day for most vmware users? I'm not going to waste time talking about the "maximize" issue - even if I conceded every point of the maximize issue, there's still a problem with an inability to go full screen in one physical screen while working in another Why so angry?

I totally agree with you. In all cases where Apple ported an already existing fullscreen mode to their new solution they fall flat on their face. Not a big deal. Problem solved.


That has always been the Mac OS philosophy. A small minority of Mac users is affected by this problem in a tiny number of use cases. It sucks for them — but no need to whine for hours on end. Yeah, it sucks. Everyone knows it. Apple made a stupid decision. Can we talk about something more interesting now? And there goes my spare time Every OS X release I'm more eager for Siracusa's review than the actual disk or now download itself So glad I waited and am having a late lunch today.

Epic review as usual from John Siracusa. Dan Benjamin volunteered to do a reading of this for release in audio format, but I think John Siracusa ruled it out. Understandable as I think too many problems to overcome images, footnotes, licensing etc , so just a dream really. Would happily have paid for that though. Hope they can sort out the Kindle release, definitely going to purchase that. Whatever for? I find it fascinating that he "wrote" this piece using Dragon Dictate, a dictation program. He has RSI. The new iCloud support is interesting. I just edited the same iCloud document in TextEdit on two different machines, and I gotta say that is really damn cool.

On the other hand, this new iCloud support sadly highlights another unrelated new feature in Lion, and not in a good way: Automatic Termination. You must use TextEdit to browse your iCloud documents, which is fine, but TextEdit keeps fucking disappearing on you because it has no open documents. And it's not even an option. It is hugely frustrating and hugely disappointing. I can't recall ever experiencing auto termination on Lion or Mountain Lion throughout the DP previews.

What are your specs? Do you often have memory hungry applications open? Most of mine are pretty modest. I'm just curious what would cause such different results. Auto termination should definitely be the last resort and most low memory footprint apps should be totally excluded.


Unfortunately, there two different and unrelated features called "Auto Termination", which only muddies the water. One feature aims to preserve system resources during low memory conditions in way that's completely invisible to the user. The other forcefully removes running applications from the Dock and Command-Tab list even though these apps remain running in the background. My frustration is with the latter feature. To be clear though - Auto Termination of the latter form only occurs if no windows are active.

It's basically saying, "If the user no longer has any active documents, and has moved this application to the background, then close it down. Yes, that's how it's supposed to work. But there are a bunch of edge cases usability-wise that it fails to handle. It is incredibly thoughtless to automatically quit an app the split second the user switches away from it, particularly if that user explicitly launched the app and has been using it for the last hour. But if something happens in between those steps, say an email comes in or you need to look something up, then it breaks in a really bad way.

It also has nothing to do with iOS. Indeed, this form of Auto Termination is the exact opposite of how iOS operates. It also has nothing to do with conserving resources. These "terminated" apps remain running the background, consuming memory. The OS simply prevents you from switching back to an app that you were previous using. It is strictly a Windows UI feature, and a very unwelcome one. Both had very well executed website redesigns too.

I'm sure there are others. The SSD series were not technically review but went well beyond 20 e. You're right. It probably felt shorter because of the game testing parts. Yeah, not all pages on anandtech reviews clock in at a thousand words, usually, and the number of graphs especially for GPU reviews make flying through much faster, almost slideshow-like in some cases.

http://retreatplans.io/67.php The GTX review clocks in at about 15k words, fwiw. TazeTSchnitzel on July 25, While they aren't usually quite this long, Ars Technica is known for its excellent reviews and feature stories. Excellence indeed. Neither do I.. Rare are articles that long, which I value, but it can be a bit "overwhelming" at first. Am I missing an obvious single page link, or do they really want you to pay not to have to click through 25 pages? You can get Ars Premier, buy the ebook or use some sort of stitching reader.

Not that I have a problem clicking through 25 pages when each page holds words and is a self-contained section or a pair of sections. I can remember I was on page 8 instead of remembering my exact position in a very long scrolling web page.